Magnolia Optical Technologies, Inc. is a start-up company consisting of a talented group of people. This group includes experts in materials technology, device development, chip packaging, foundry operations, skilled technicians, and contracts/finance. Collectively, this group represents more than a hundred year of experience in the advanced devices for optical communications. Magnolia management is made up of a world class team working at the forefront of science and technology with extensive experience in technology commercialization. Dr. Ashok Sood is President and CEO of Magnolia Solar, Inc., and its subsidiary Magnolia Optical Technologies, Inc. He is a 30-year industry veteran with experience that includes developing and managing solar cells, optical, and optoelectronics technology products for several major corporations, including Lockheed-Martin, BAE Systems, Loral, Honeywell, and Tyco International. Dr. Ashok Sood developed and managed optical and optoelectronics technology for these companies as a senior manager in the optoelectronics group and worked to develop ribbon silicon solar cells, CdTe, CdS and HgCdTe, GaN/AlGaN, ZnO semiconductor devices. Many of the technologies and products developed have become large product lines at these companies.

Dr. Sood received his Ph.D. and M.S. in Engineering from the University of Pennsylvania and has an M.S. and a B.S. in Physics (Honors) from Delhi University in India. At the University of Pennsylvania, he was part of the Optical/Semiconductor Materials technology group, where he attended seminars given by two Nobel Laureates in Physics. His Ph.D. dissertation was on the study of optoelectronic properties of PbS/CdS for detector and laser applications in the visible to near infrared spectral bands. Dr. Sood has also taken management courses and attended professional development programs at the Wharton School at the University of Pennsylvania. Dr. Sood is a member of IEEE and the SPIE. He has chaired sessions on optical and nanotechnology at conferences of those organizations. 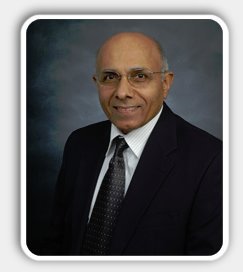 Dr. Yash R. Puri is Executive Vice President of Magnolia Solar Inc and its subsidiary Magnolia Optical Technologies, Inc. He is responsible for overseeing Magnolia financial operations. Yash brings many years of photovoltaic technology and applications experience both in the private sector and in the academia. Dr. Puri brings experience in startup environment and growth management to the Magnolia team. He was VP of Finance for a privately held equipment manufacturer serving the solar PV industry, and was actively involved in managing this high technology business to grow to revenue of about $20 million. He is also a Professor of Finance at the University of Massachusetts where he worked on PV grants and was director of a technology commercialization program for engineering students.

Previously Dr. Puri was VP of Finance for GT Equipment Technologies, Inc., (presently known as GT Solar, Inc. NASDAQ: SOLR), an equipment manufacturer serving the semiconductor and the photovoltaic industries. He helped this high technology startup, formed in 1994, to grow to revenue of about $20 million. The company won many rewards and much recognition; it was a New England finalist in the Ernst & Young Entrepreneur of the Year award. In this position, he was actively involved in running a high-technology business, and he successfully negotiated a $3.5 million line of credit with a major bank, established an audit relationship with one of the big-five accounting firms, established a foreign sales corporation, implemented a R&D credit program to reduce tax liabilities, and established company-wide management software to integrate manufacturing and financial operations. Near the end of his term there, he also successfully negotiated the company's first subordinated debt issue.

Dr. Puri is also a Professor of Finance at the University of Massachusetts. Dr. Puri was Principal Investigator of a photovoltaic commercialization project as well as several other grants, and has been a director of a technology commercialization program for engineering students, Chairman of the Management and Finance Department, and acting Associate Dean. In these positions, he successfully managed several externally funded projects and developed many years of experience in technology and growth management.

Dr. Puri holds a B.S. in Physics, a M.S. in Solid State Physics, and a M.B.A. from the University of Delhi. He also holds a M.B.A. in Finance and a D.B.A. in International Business from Indiana University, Bloomington. He has published many papers and has made numerous conference presentations.

Dr. Welser is responsible for leading the development of next-generation photonic devices and high efficiency solar cells employing advanced nanostructured materials and coatings. Dr. Welser received his Ph.D. in Applied Physics from Yale University in 1995 and an undergraduate B.A. degree with honors in Physics from Swarthmore College in 1989. Prior to joining Magnolia in August of 2009, Dr. Welser served as Director of Technology and New Product Development at Kopin Corporation.